Worldwide wearable band shipments fell 4% to 41.7 million units in Q1 2022, according to the latest Canalys estimates. At the same time, the shift from bands to watches continues. Wristwatches, consisting of basic watches and smartwatches, accounted for 76.6% of all wearable band shipments in the quarter, growth of 15% to 32.0 million units. Basic bands suffered a 37% decline, a sixth consecutive fall since Q4 2020. Basic band shipments dipped below 10 million for the first time after peaking at 27.9 million in Q4 2019. The increase in watch shipments helped offset the basic band drop but still resulted in a decline in the overall wearable band market. 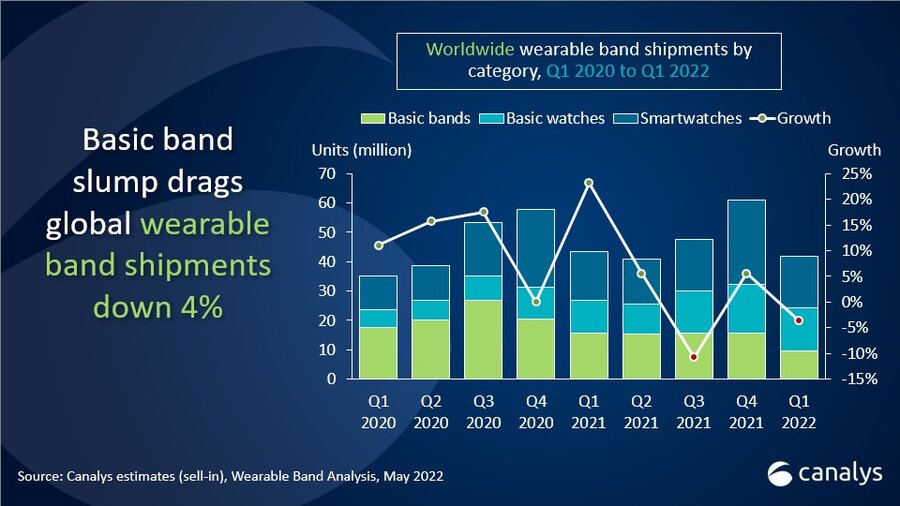 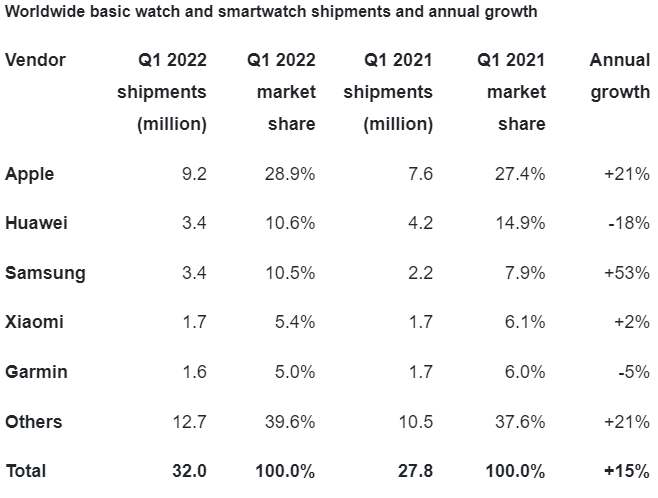